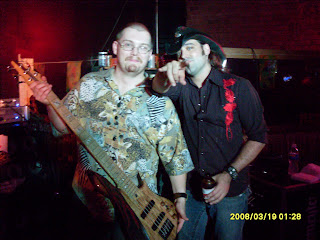 SHOW PREVIEW:
Today on The Jiggy Jaguar Radio Show we spoke with Tom Fitzgerld about his book on Franklin. We also spoke to Barry Farber{Legendary Conservative Radio host}, We also spoke to Malcome out loud about the Primary. Took 1 phone call at the end of the program.

YOU CAN CREATE A NEW ENDING TO YOUR LIFE STORY!

SALLY ANDERSON is one of the world’s foremost thinkers in personal transformation. As one of New Zealand’s top leadership coaches, inspirational speakers, and seminar leaders, Sally has inspired thousands of people from feeling disempowered in their personal and professional lives to experiencing outstanding sustainable results. Sally has 20 years of corporate experience, during which she was a program director for some of the world's leading Fortune 500 companies. Her unique personal perspectives, traumatic history, and eventual mastery as a transformational coach provide a rare combination of talents. She teaches people from all walks of life how to achieve unrecognizable results both personally and professionally. As founder of Sally Anderson International Limited and Freefall International Limited, Sally has shared her proprietary Freefall Education® strategies at retreats and seminars for nearly a decade. For more info, please visit www.sally-anderson.com or www.freefallexperience.com.

Ray Comfort (born December 5, 1949) is a New Zealand-born Christian minister and evangelist.[2] Comfort started Living Waters Publications and The Way of the Master in Bellflower, California and has written a number of books.

Carl is also a 25-year Senior Pastor of a large Baptist Church on the Gulf Coast and a 10-year veteran host of conservative talk radio. His popular flagship show, with a large national audience, is Freedom Friday with Carl Gallups. The show is broadcast on a 25,000-watt channel in the Florida Panhandle and reaches four states along the Gulf Coast as well as live stream on the Internet and smart phone. Carl is also a former Florida law enforcement Officer with experience as a decorated Deputy Sheriff in two different counties and a career with the Florida Department of Corrections. Carl is a longtime member of the Board of Regents with the University of Mobile in Mobile, Alabama.

Carl is the founder of the world famous and viral Youtube God and Country – Biblical Apologetics channel – PPSIMMONS. The channel, in just a few short years, has amassed over 23 million views and 20,000 subscribers. Carl is a highly sought after Tea Party speaker – having spoken to groups from Dallas, Texas to Dayton Beach, Florida and in four different states. Carl is also a nationally recognized expert commentator - speaker on the Birther Controversy.

Peter Ford had the good fortune of being the only child of two of Hollywood's most renowned stars, Eleanor Powell, one of MGM’s greatest musical stars, and Glenn Ford, Hollywood's number one box office star of 1958.

At the age of thirty-three, Eleanor Powell gave up her career to take on the new, and according to her, more important role of wife and mother. Giving up her career to be married to a little known actor by the name of Glenn Ford had studio moguls and fans in an uproar. It wasn't until three years after their marriage in 1946 that the public knew who Glenn Ford really was. It was that year that "Gilda" was released, starring Glenn and Rita Hayworth. Glenn Ford became a “star” overnight.

Born in Los Angeles, California on February 5th, 1945, Peter led a childhood of many privileges and opportunities. Peter recalls learning to swim, “When I was five my parents wanted me to learn to swim, so they built an Olympic sized pool in our back yard and my 'swim coach' was an old friend of Mother's, Johnny Weissmuller." For tennis lessons he went to the Beverly Hills Hotel to play with Pancho Segura. Peter honed his golf skills with under the tutelage of the legendary Ben Hogan who was also preparing Glenn to play him in the film, “Follow the Sun”.

NUTT DA KIDD KIDD does a freestyle outside the Blue Goat in Salina, KS 06/03/10

Mark Bowling with Jiggy Jaguar at The Metro Hutchinson Kansas

MernaLyn was a research assistant at the acclaimed Wayne State University medical school’s psychology department. She had a successful career as a professional international model and actress. With a recurring role in an ABC prime time sitcom and as a Shakespearean actress at the Globe Theatre, she has been a guest on many radio and television talk shows. She has made countless personal appearances as Playboy International’s Public Relations Bunny and as “The Most Perfect Girl.” MernaLyn has lived in Beverly Hills, California and New York City.

LUKAS NELSON and PROMISE OF THE REAL & Ross at The Stiefel Theatre in Salina, KS 10/26/11

Clay Johnson is best known as the co-founder of Blue State Digital, the firm that built and managed Barack Obama’s online campaign for the presidency in 2008. After leaving Blue State, Johnson was the director of Sunlight Labs at the Sunlight Foundation, where he built an army of 2000 developers and designers to build open source tools to give people greater access to government data. He was awarded the Google/O’Reilly Open Source Organizer of the year in 2009, was one of Federal Computing Week’s Fed 100 in 2010, and won the CampaignTech Innovator award in 2011. Media Appearances include: CNN TV — Expert on Open Government Data, NPR Weekend All Things Considered, NPR All Things Considered, Regular on the Leslie Marshall Radio Show (nationally syndicated), Kojo Naamdi Show (WAMU, Nationally Syndicated). Appeared in Fast Company, Wired, The Economist, the New York Times, USA Today and other major newspapers. Johnson’s combination of experience as a developer, working in politics, entrepreneurism, and non-profit work gives him a unique perspective on media and culture. His life is dedicated to giving people greater access to the truth about what’s going on in their communities, their cities and their governments. He still claims that he learned all he needs to know from a two year tour as the late-shift waiter at Waffle House in Atlanta, GA.

BOOK: What About The Boy- A Fathers Pledge To His Disabled Son

TOPIC-BOOK: What About The Boy- A Fathers Pledge To His Disabled Son

BIO: Stephen Gallup holds a BS degree in chemistry and zoology (a pre-medical curriculum) and an MA in English from the University of Virginia. Stephen has worked continuously as a technical writer since 1977. Prior to his son’s birth in 1985, he had also written personality and travel features for various newspapers as well as short fiction that appeared in small literary journals.

Stephen Gallup’s life changed fundamentally with the birth of his disabled son Joseph. Recognizing the problem, he pursued answers that he felt certain must exist. After consulting with physicians for more than a year, and reluctantly concluding that they had no answers, he found and implemented an intensive treatment campaign that resulted in dramatic improvements in his son’s condition. Facing the limitations of that course, he continued to educate himself on available options, meanwhile writing a book that explores the limits of what we can learn and do.

PURCHASE THE BOOK NOW BELOW
Posted by KJAG at 8:26 PM No comments:

Alex Traiman is a professional journalist, writer, public speaker and former radio personality covering breaking events and analysis in the Middle East. He has worked as a media, marketing, and public relations specialist. 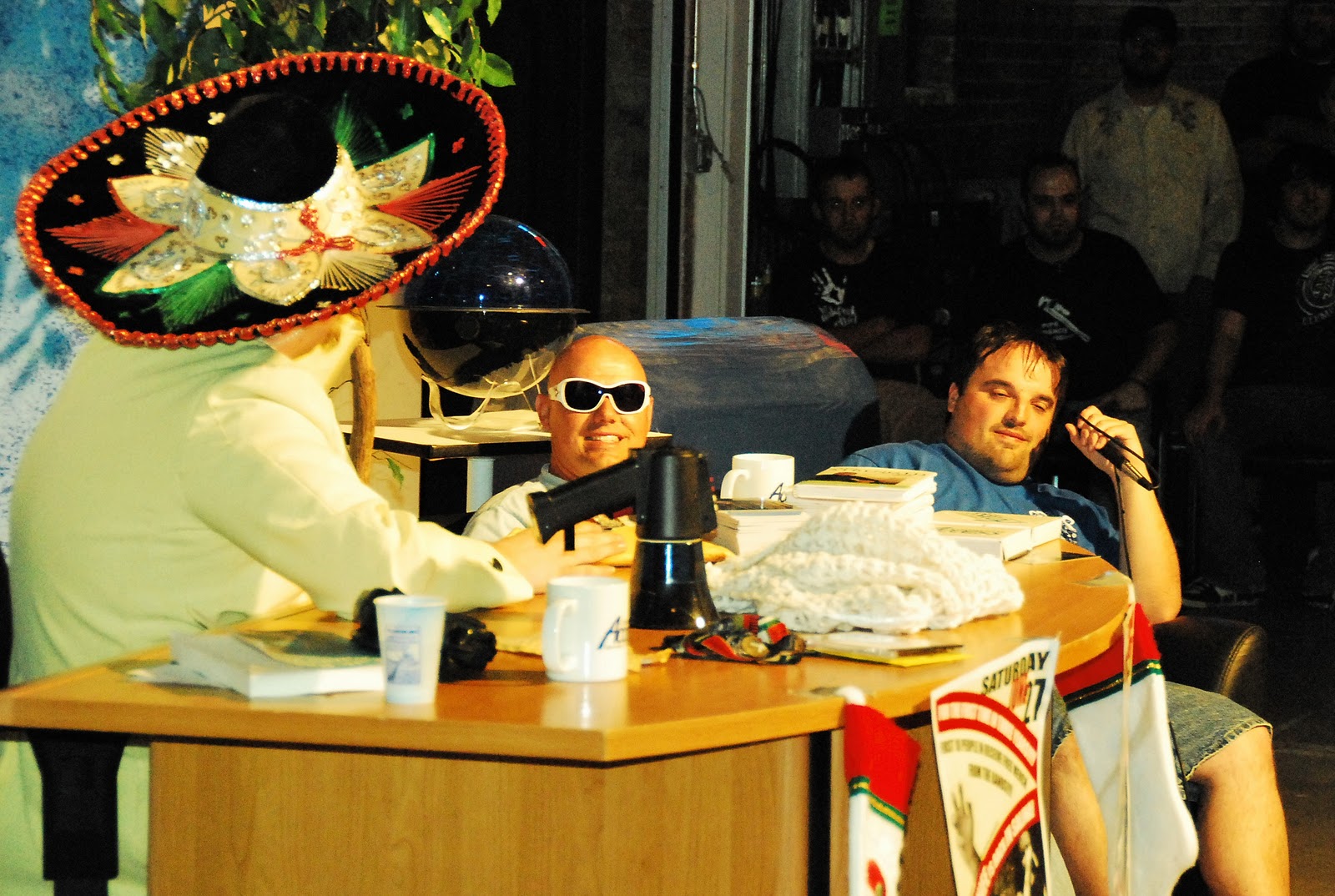 This week's Rant is about Mitt Romney and I like Mitt Romney but I did not like him for this election cycle. I liked him when he was running the last time. I also am not a fan of Ron Paul but hey again I did not like him last time, however this time,I am fan of Mr. Paul... Check out this week's column about Mitt being the next in line in the race to the White House for the R's.
READ THIS WEEK'S RANT
The Jiggy Jaguar "The Blogg" is brought to you by Jordan's Juice BarBQ Sauce

ABOUT Our GUEST, GARY KREEP:

He has been in private practice since that time, both as a sole practitioner and as the sole owner of a small law firm, employing as many as three attorneys and ten staff members. Mr. Kreep co-founded the UNITED STATES JUSTICE FOUNDATION (USJF) in 1979 with two other California attorneys. Since that time, he has served as the President and Executive Director of USJF.

In 1992, Mr. Kreep reduced his private practice to part-time status to work full-time for USJF. USJF is a nationwide, nonprofit, conservative, legal action foundation. Mr. Kreep co-founded the JUSTICE POLITICAL ACTION COMMITTEE (JPAC) in 1985 with two other conservative activists. He has served as President of JPAC since then. JPAC is a federal political action committee registered with the Federal Election Commission.

Mr. Kreep co-founded the CALIFORNIA JUSTICE POLITICAL ACTION COMMITTEE (CALJPAC) in 1996 with two other conservative activists. He has served as President of CALJPAC since then. CALJPAC is a California political action committee registered with the California FPPC.

Mr. Kreep co-founded the FAMILY VALUES COALITION in 1998 with two other conservative activists. He has served as President of FVC since then. FVC is a nonprofit California corporation organized under IRC 501 (c)(4).

Published Articles/Radio and Television Appearances: Mr. Kreep has written a number of articles published by a variety of newspapers and other publications. This includes the San Diego Union Tribune, the Escondido Times Advocate, the North County Times, the Christian American, the Arizona Star, Media Bypass, and many more. Mr. Kreep regularly appears on a variety of radio and television programs. These include radio programs such as the ROGER HEDGECOCK SHOW, the WEISSBACH SHOW, ISSUES IN EDUCATION, the MASON WEAVER SHOW, the BOB NOONAN SHOW, the DUFFY SHOW, and the MICHAEL LAW SHOW.