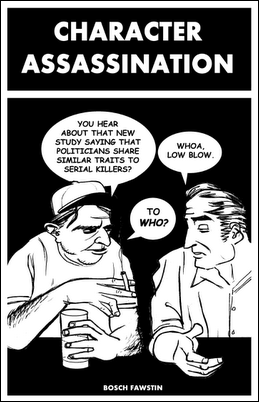 READ THE RANT!
The Jiggy Jaguar "The Blogg" is brought to you by Jordan's Juice BarBQ Sauce


LISTEN TO THE PODCAST!

GET YOUR TIX HERE!
The Jiggy Jaguar "The Blogg" is brought to you byJordan's Juice BarBQ Sauce

Homegrown Half Hr: Dressed for a Funeral


=The Weekly Rant=
This week, we will not be providing a Weekly rant due to Pc issues and our rant will be replaced this week with our latest videos from last weekend...
The Jiggy Jaguar "The Blogg" is brought to you by Jordan's Juice BarBQ Sauce


LIVESTREAM FROM THIS WEEK:

Homegrown Half Hr: Branded by Fear

load in with show at 7

The Latest from Jiggy Jag TV:Mothraw!

Why Internet Radio Will Simply Be Called “Radio” Pretty Soon

How Internet Radio Is Soon to Be Just Radio
This article is a slow pitch to all the DJs sitting in the brick and mortar mega-corp offices broadcasting on a wavelength best suited for SOS calls. It’s Sasparilla time. Yes, you can still buy Sasparilla but most people don’t want to cuz Root Beer is on tap everywhere and is pretty dang tasty. Much like Cable TV (The “C” in CNN BTW), which has simply become “TV”, I have not heard anyone say, “I am going to watch Cable” in at least a dozen years. Likewise, “internet radio” will become “radio” very much ASAP and like always it will be the consumer who drives that shift – from adjective to the thing itself.
And here’s why: Today’s broadcast corporate radio is still, even now, utter crap. It’s the equivalent of local broadcast television in the 1970’s. Don’t like it? Tough, there’s only two other channels in town, my cousin Sal owns them both, and he thinks Tiny Tim is cutting edge. But now the internet software and hardware revolution have reached a point where it’s not clunky, it’s not whiz band, it’s real useable and reliable technology that you can use no matter what MPH you are traveling at. Want to design your own radio station that plays only the songs you want to hear? Cool, go to Pandora.com which just a few years ago was a pirate site until cooler heads on all sides figured out it was a wallet filler. (And no I’m not on Pandora’s payroll it’s just my favorite of all those sites and services. But yeah, Big P call me, we’ll do lunch.)
On the hardware side, which has been the big limiter up until now…Oh your Smartphone has an App that just finished that sentence? No worries, I was bored with it anyway. Don’t have a Smartphone? Neither do I. It doesn’t matter. I’m on a $40 completely mobile, good anywhere in the lower 48, modem right now listening to radio as I type this. Planes, trains, and automobiles. Sorry Mr. Candy.
Now to anchor this all to a real world situation in Denver that you might be interested in: Wkrpradio.comhas recently just launched and is partnered with PBS to film what it takes to create a hopefully successful (internet) radio station.  (For the startup story, check out this have you seen the second episode yet?)The broadcast schedule includes an even dozen shows ranging from Chad Nance’s “Weird Load Radio” to the music program “Roots 2 Rap” with shows like “Marijuana Radio” which tackles the whole MMJ debate, in between. Full disclosure:I have a new show on there. Check it out.

Groovey resides in Denver, Colorado where he writes about the music business and anything else - especially if in the genre of horror films.  He has a quasi-successful YouTube channel where he posts his video interviews with touring rock, metal, and pop stars coming through town. Groovey.TV currently has over 175,000 plays.
Read more by Groovey
Posted by KJAG at 4:28 AM No comments: