About the Author Michael Murphy Michael and his wife Janis live in a log house they built on the plains. A retired captain with a major airline, Michael is active in the alpaca industry while keeping up with the bed-and-breakfast they operate out of their home. In addition to his love for aviation, Michael also enjoys bow hunting and shooting various firearms, gardening, raising livestock and fowl, meeting new people … and now, writing. They have four grown children and fourteen grandchildren. 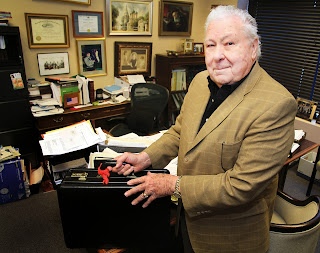 Robert A. Shaines is a practicing attorney in Portsmouth, New Hampshire. His first book, Command Influence, A story of Korea and the politics of injustice, is a true story based on his experiences in the Air Force's Judge Advocate General's Corps during the Korean War. Command Influence received multiple accolades, including ForeWard Magazine's 2011 Book of the Year in the category of True Crime. Robert resides in Rye, New Hampshire, with his wife Denise. Bob has had extensive experience representing clients from all over the globe, including Canada, Russia, Switzerland, France, The Netherlands, various Caribbean Islands, Australia, England, The Seychelles Islands and Moldova. His travelling days are over at this time of life and he continues his law practice and career as an author. Podcast of the interview Download: