ABOUT YOUR EXPERT GUEST, LARRY PRATT:
Larry Pratt has been Executive Director of Gun Owners of America for 30 years. GOA is a national membership organization of 300,000 Americans dedicated to promoting their second amendment freedom to keep and bear arms.

GOA lobbies for the pro-gun position in Washington and is involved in firearm issues in the states. GOA’s work includes providing legal assistance to those involved in lawsuits with the Bureau of Alcohol, Tobacco and Firearms, the federal firearms law enforcement agency.

Pratt has appeared on numerous national radio and TV programs such as NBC’s Today Show, ABC’s Good Morning America, CNN’s Crossfire and Larry King Live, the Dan Abrams show and many others.

Larry’s columns have appeared in newspapers across the country.

Pratt published a book, Armed People Victorious, in 1990 and was editor of a book, Safeguarding Liberty: The Constitution & Militias, 1995.

Pratt’s latest book is “On the Firing Line: Essays in the Defense of Liberty.”

Pratt has held elective office in the state legislature of Virginia, serving in the House of Delegates. Pratt directs a number of other public interest organizations and serves as the Vice-Chairman of the American Institute for Cancer Research.
Date Recorded: 4/19/2012

Gerard McMahon (aka Gerard McMann and G Tom Mac) (born Gerard Thomas MacMahon, of Irish/English parentage, in Birmingham, England) is an English singer-songwriter, multi-instrumentalist and producer who specialises in creating music for films and TV. McMahon is also the founder member of the band G TOM MAC.

Whilst McMahon has undertaken many different musical projects throughout his career, he is probably still best known by many for the gothic rock anthem "Cry Little Sister", a song which he recorded in 1987 for the soundtrack album of the cult horror film The Lost Boys.
Date Recorded: 04/18/2012

IS THE USA MYSTERY BABYLON? (As Prophesied in the Bible in Revelation)

http://bit.ly/xp4FFv
ROB ROSELLI-IS THE USA MYSTERY BABYLON? (As Prophesied in the Bible in Revelation)

Rob earned a BS in Civil Engineering from Vanderbilt University, Nashville, Tennessee, and an MS in Civil Engineering from New Jersey Institute of Technology. Rob is a licensed professional engineer in three states, working from New York. . Robert has studied the wirtings of the most ardent “New” Agers ranging from the Dalai Lama to “Ascended Masters” Djwhal Khul and The Count of Saint Germain. As a public speaker and author of the book, “The THEorYofLIVEvolution,” Rob is on a mission to apply light to darkness in its many forms.
Date Recorded: 4/19/2012

Greg Slayton
Ann Romney fought back Thursday against a Democrat who suggested she's no economic expert because she "hasn't worked a day in her life." Raising the five Romney sons, she said, was such a full-time job that her husband, Republican presidential contender Mitt Romney, considered it more important than his work as the family breadwinner. - WCVB
Parent expert and former US Ambassador Gregory W. Slayton and author of Be A Better Dad Today, is available for an interview on the criticism Ann Romney is receiving due to her choice to be a full time parent.

Matt Weik – Matt Weik graduated from Penn State University with a degree in Kinesiology and a minor in Business back in 2005 but has been on a mission to make America healthy way before that.
Matt has been active in the fitness industry and changing lives since 2002. He was a strength and conditioning coach for a high school as well as a personal trainer and service director for a chain of 3 gyms. Matt was also a DJ working for a well known radio station associated with CBS.

DJ Silver - DJ Silver has been a top touring dj/remixer/producer for over 10 years, having played in premier venues in virtually every major market in the US, Mexico and Canada. Currently touring with Jason Aldean, Eric Church and the JaneDear girls on the Top 10 “My Kinda’ Party Tour,” and next with Rascal Flatts (starting June 18, 2011), DJ Silver has entertained millions of listeners with his unique brand of party rock country style of music mixing. His high energy performances get the crowds moving – whether in stadiums paving the way for each new act coming on stage, or at top clubs and parties throughout North America.

Canddi from Puffychicks.com - (Link NSFW) Housewife by day, Cammer by night, Canddi performs for Puffychicks.com among other cam sites - engaging, friendly, you’ll love her within moments of hearing her!

Tags:
Friday Programming
The Jiggy Jaguar "The Blogg" is brought to you by Jordan's Juice BarBQ Sauce


WEBSITE TO PLUG: IMSHANNONROSE.COM (ONLY PLUG THIS ONE NOW PLEASE)

The original "Love Boat" cruise director, Jeraldine is known worldwide for her books, lectures and civic activities. She has published 11 books and has appeared on more than 850 other TV and radio talk shows worldwide. She serves as national spokesperson for the Hypoglycemia Foundation of America and is affiliated with the American Federation of Astrologers; Poets, Essayists, and Novelists; Film Welfare League; Screen Actors Guild/American Federation of Television and Radio Artists; Academy of Television Arts & Science; and the International College of Applied Nutrition.

Jeraldine also lectures worldwide on astrology, graphology, numerology, palmistry and face-reading. After a career as a model, Jeraldine took a job lecturing on astrology, motivation and the four-seasons color concept on cruise ships before becoming the industry's first female cruise director. She turned this decade-long experience into a book, then later parlayed that into a television series, "The Love Boat," currently in syndication in over 110 countries.

Come explore the world with Jeraldine, whose favorite quote is "We tend to move toward that which we dwell upon, so let's dwell well." That positive attitude has permeated her work and invites readers to look for the best in themselves and around them.

Will Roberts is a top featured act with Cirque du Soleil and Viva Elvis on the strip in Las Vegas
http://www.cirquedusoleil.com/en/shows/viva-elvis/default.aspx
YouTube Channel: http://www.youtube.com/user/WillRogersUSA?feature=mhee
Will Roberts is the country’s preeminent Will Rogers Tribute Artist, and now adds 70+ news websites that he produces a daily cartoon called “Will Says…” all on days events, social commentary, Political humor, everyday.
MY FREE APP: http://itunes.apple.com/gb/app/will-rogers/id429226625?mt=8
My Humor Downloads:
http://www.myspace.com/will3music/music/albums/the-united-states-of-hysterica-17351166
“All I ever know is what I read in the newspaper” was not only a famous Rogers quote but also the honest truth. Rogers scoured any and all newsprint he could get his hands on…which made for some incredible viewpoints.
Roberts has updated that quote, “All I ever knew I read on the Internet”. With millions of news events being sent to the web, Roberts is sure to never run out of things to say.
Currently, Roberts is in syndication on International.To, PBS TV and RFDTV.
Follow on Twitter: www.Twitter.com/WillRogersUSA
& www.Twitter.com/TweetTheStreets
Facebook: http://www.facebook.com/HumoristWRUSA?ref=ts

Sports Fundamentalist
Sports Coach, Player and Observer
Stays heavily involved as a mentor, board member and trainer among the sports community
Host of the popular sports radio show BEYONDtheCheers
Dedicated himself to ensuring that his now adult kids were involved with teams that put the needs of the athletes first

Wendy Williams is the author of The Globalisation of Love, a book about multicultural romance and marriage. She has lived in six different countries and worked internationally for 18 years. Wendy is Canadian and has been married to an Austrian for thirteen years. They live in Vienna, Austria with their daughter.

The Globalisation of Love is based on dozens of interviews with multicultural couples from around the world. The book includes chapters on multicultural weddings, religion, race, food, language and children. It is both humorous and factual and Wendy includes personal anecdotes from her own experience in a multicultural family.

Wendy coined the term 'GloLo' in The Globalisation of Love.
She also invented the cocktail 'GloLoTini'. 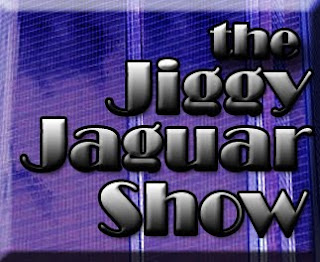 Malcolm Out Loud is a national news and political commentator and the host of the WebTV channel www.MalcolmOutLoud.TV, home of his news magazine. He is also a published author, speaker and the talent behind a daily radio feature, the Out Loud Minute.
Every day Malcolm leads an assault on mediocrity, constantly inspiring others to get Out Loud in every aspect of their lives.